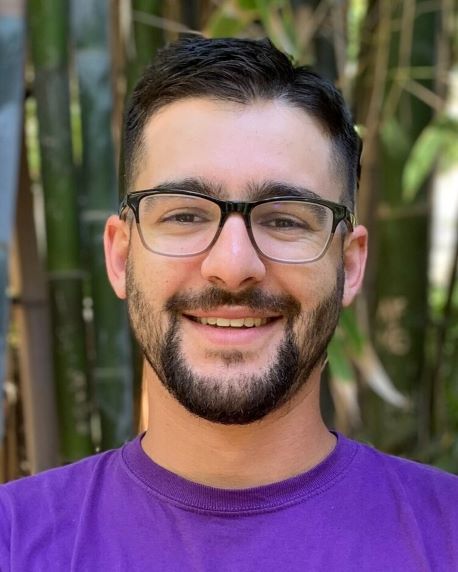 The Phoenix Bioscience Core is home to more than two dozen private companies, nonprofits and other organizations driving translational life science and health care related research, and today we’re looking at ElectraTect. We’re launching a new series where we take a look at the people, companies and technologies driving Phoenix forward. Have someone we should profile? Make a connection here!

Phoenix-based ElectraTect was founded in 2020 by Dr. Evan Darzi and Professor Neil Garg through a UCLA invention and study related to the detection of tetrahydrocannabinol, more commonly referred to as THC, which is the substance in marijuana responsible for its psychoactive effects. Today, the company is working toward an inexpensive marijuana breathalyzer that detects only recent THC consumption. Today’s industry standard largely relies on blood and urine tests that, while they can detect levels of THC, cannot accurately determine someone’s current or actual level of impairment.

ElectraTect co-founder and CEO Evan Darzi says the reason for their technology is to provide fairness to the cannabis market by making an accurate low-cost technology akin to the alcohol breathalyzer. The technology will enable fair testing for advances in public safety, the company’s website says.

Interested in learning more about ElectraTect? Listen to Evan on a new podcast from the Tucson Daily Star called “Here Weed Go!”

What do the next couple of years look like for EletraTect in terms of research and development?

There is so much research on the effects of alcohol and impairment–ElectraTect knows that responsible cannabis use is every bit as important as responsible alcohol use and that much more research is needed. We are particularly interested in what impairment means for fairness in testing. Current blood, urine and saliva testing are expensive and can show positive results even in situations where the user is no longer impaired. This can lead to penalties, including fines, prosecution, or loss of jobs.

We are currently in the R&D Prototype stage. Our initial product will be an Ignition Interlock Device (IID) which is the primary business of our investors. This would be post-prosecution equipment that would keep folks out of jail and would not disrupt their ability to drive to continue to go to work and keep up with other duties like childcare. Once the prototype is complete, we hope to quickly move forward to the clinical trial and validation phase.

Next, we hope to develop an inexpensive marijuana breathalyzer that detects only recent THC consumption. In the United States we have a situation where 36 states have legalized marijuana for medical and/or recreational use, however we do not have technology that can differentiate an impaired individual (approximately within 4 hours of use) from someone who used it several days or weeks ago. We can see many commercial uses for our tool, including a personal responsibility device so consumers do not get in the car impaired and can take cannabis safety into their own hands.

Our longer-term goal is developing sensitive sensors for all sorts of breath-based things. Your breath is incredibly complex and holds a lot of interesting information related health and disease states.

What’s the biggest misconception around the work you and your company is doing right now?

The biggest misconception about ElectraTect is that we are making a tool to put people in jail and contributing to the police state. ElectraTect is actually trying to bring fairness to the testing by creating something more accurate than blood testing and showing actual impairment rather than traces in the system from weeks before.

How has Phoenix’s startup ecosystem benefited you and ElectraTect?

Arizona, and Phoenix specifically, has provided a two-pronged approach for ElectraTect. Being from Phoenix myself, I was familiar with the lack of med-tech jobs around. When it was time to get started, we found in Phoenix a start-up culture that was still new, so we were able to be one of the foundational companies. Because of that, we know we get far more support than we would have in other start-up friendly cities.

We also wanted to build a strong connection with the broader community while serving as a beacon for others who wish to start up here. We have some amazing universities – ASU has the top engineering program in the country – so we essentially have a direct pipeline of talent.

We’re currently located in 850 PBC on the Phoenix Bioscience Core, which has been very supportive of all its residents.

What else should we know about the company?

ElectraTect is passionate about giving back. We support multiple local charity events, including the Rob Dollar Ride, – an event truly focused on road safety as it is held to remember and honor a cyclist killed by an impaired driver. We recently sponsored the 2021 American Chemical Society Rocky Mountain Regional meeting and we were the sponsor for the recent ASU Inclusive Future Faculty Symposium hosted at Arizona State University in the School of Molecular Sciences.

One major outreach is our first annual Unlimited Potential Symposium at 850 PBC building on November 17. We are looking forward to not only supporting diversity and inclusivity, but also providing prizes to undergrads (cash) and high school students (scholarship funds) for their commitment to scientific innovation and service within the scientific community.

The symposium will be held at the Venture Café in downtown Phoenix and will be open to the general public. We anticipate that this symposium will provide an excellent platform for networking between academic and industrial sectors across the Phoenix metropolitan area. It will feature an exciting evening of scientific demonstrations by ASU graduate students, career panels, two short seminars on the importance of electrochemistry in society and recent DEI efforts at Arizona State University, and finally a presentation of the awards.